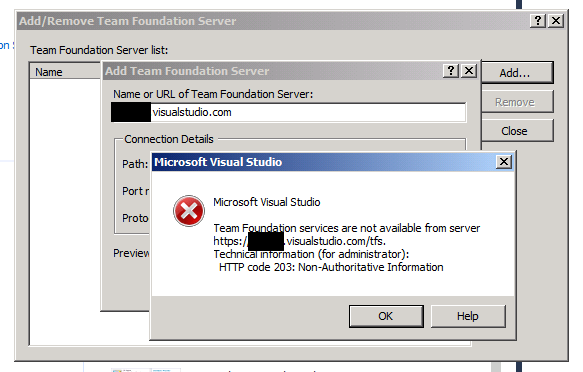 Team Foundation services are not available exception in Visual Studio 2010

The exception message is not entirely accurate at best it is flat out wrong.  Assuming you have the correct Team Foundation service address and you have the correct protocol selected or set (https and not http) then the error message is more than likely due to a missing required update.  Visual Studio 2010 out of the box (at the time of this post) does not natively connect to Team Foundation services.   It is a simple update fix but the Getting started documentation does not make an obvious call out to this update.